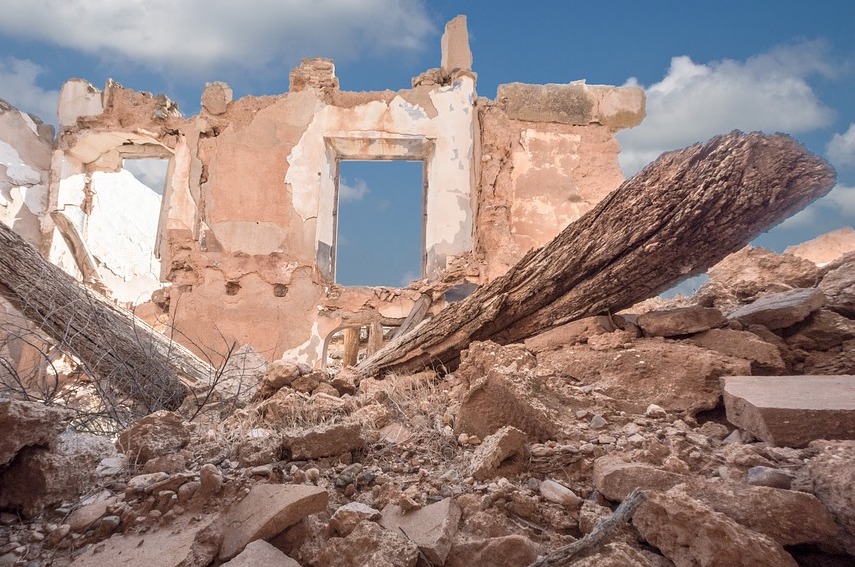 The Economics of War and Peace in Syria Samer Abboud. 2017. The Century Foundation

Samer Abboud argues that interrogating the economic dynamics of the Syrian conflict is essential for understanding its roots, its persistence, and how and in what interests reconstruction may take place. As a result of economic contraction, international sanctions and capital flight, the Syrian business community has become stratified and factionalized, implicating their survival in the conflict beyond simply pro-regime or pro-opposition(s) alliances. Studying this social stratification of business interests is therefore a crucial factor in determining political allegiance and potential post-war outcomes and reconstruction.

This paper is the first in a series from the Syrian Center for Policy Research (SCPR) that endeavours to broaden the notion of conflict economies in Syria. Using a political economy approach, Dahi and Nasser expand the notion of conflict economies by mapping the policies and processes that have driven and sustained Syria’s conflict economies. They expand the framework for understanding conflict economies through three dimensions: (1) the transformations and distortions of Syrian economy as result of conflict; (2) how different actors instrumentalized economic policy in pursuit of armed conflict, and; (3) how logics of conflict can continue even in absence of armed conflict itself. In doing so, this paper locates the possibility for exiting Syria’s war economies through prescriptive policies and actions that can be implemented at the local, regional and international levels to provide relief for the Syrian population.

This article analyses the role of historically-determined institutional and political characteristics in determining both the nature of the adjustment process, and its economic and political outcomes, in Turkey. In particular, the author explores the degree to which the formation of rent-seeking coalitions has contributed to the failure of neo-liberal economic reforms in the country. The analysis suggests that the Turkish experience since the early 1980s offers a unique case for studying the relationships between the state bureaucracy, the military, the business sector, civil society, and international economic actors. Unlike previous research in this area, this article focuses especially on the role of the military as an interest group in the process of economic liberalization in Turkey.

Ignorant of Iraq’s historic political and economic realities prior to invasion, the US has imposed a war economy in Iraq premised on neoliberal reform and neoconservative projections of Iraqi society. Socially, economically, and politically flawed, the war economy persists in order for the US to maintain control over the second largest oil reserves in the world, no matter the cost to Iraq or the US.

“Egypt's army portrays itself as a faithful guardian "saving the nation." Yet saving the nation has meant militarizing it. Zeinab Abul-Magd examines both the visible and often invisible efforts by Egypt's semi autonomous military to hegemonize the country's politics, economy, and society over the past six decades.” - Columbia University Press

Businessmen in Arms: How the Military and Other Armed Groups Profit in the MENA Region Zeinab Abul Magd and Grawert, E. 2016. New York: Rowman and Littlefield

"The Arab Uprisings have brought renewed attention to the role of the military in the MENA region, where they are either the backbone of regime power or a crucial part of patronage networks in political systems. This collection of essays from international experts examines the economic interests of armed actors ranging from military businesses in Egypt, Turkey, Iran, Pakistan, Jordan, Sudan, and Yemen to retired military officers’ economic endeavors and the web of funding of non-state armed groups in Syria and Libya. The book provides a unique comparative analysis of the growing role of the militaries in MENA political economies through a wide range of case studies.” - Chr. Michelsen Institute.

This article analyzes how contemporary military training and exercises shape and reify specific modalities of war. Historically, military training has shifted from being individual- and experience-oriented, towards becoming modelled into exercise environments and practices. Drawing on semi-structured interviews with military officers, exercise controllers, and war-game designers, the article distinguishes between tactical training, characterized by military functions embodied through weapon platforms in a demarcated battlespace, and operational training, characterized by administrative and organizational processes embodied through self-referential staff routines. As military exercises integrate the tactical and operational dimensions into a model for warfare, they serve as blueprints for today’s battles at the same time as they perpetuate a martial viewpoint of the world. As a result, preparations for potential future conflicts constitute a fertile ground for apprehending the becoming of war.

Wartime Economies in the Middle East A Look into Libya, Syria and Iraq

The Middle East Institute (MEI) hosted Chatham House experts Tim Eaton, Lina Khatib, and Renad Mansour for a discussion on the collapse of central authority and its economic impacts across states in the Middle East and North Africa. The panel explore the development of the war economies of Syria, Libya, and Iraq, examined the commonalities and differences in the three cases, and discussed the challenges of combating the economic power of armed insurgents.