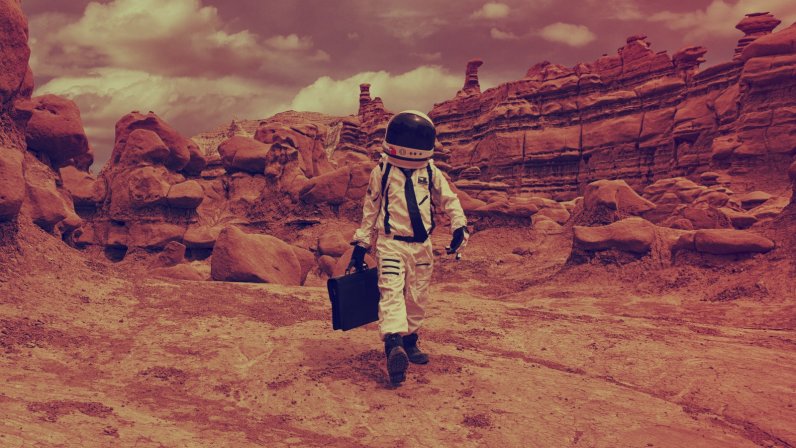 ‘Welcome to Mars’: space colonization, anticipatory authoritarianism, and the labour of hope

In 2017, the government of Dubai announced plans to create the first human settlement on Mars within one hundred years. This article considers how the ‘Mars 2117’ project and its Earth-bound beta tests represent an increasingly global and vanguard relationship to the materials we call nature, where the goal of politics is about making a new kind of habitat rather than the creation of a polis. Mars 2117 reveals the ways in which the present grounds for authoritarian legitimacy in the UAE are, in effect, on loan, for which the future functions as a form of collateral for its present day governance structure, and is hedged upon the engineered anticipation of a people, a place, and an infrastructure to come. Anticipatory authoritarianism names a form of authority being innovated to skip over political contradictions and environmental limits caused by the feedback between peak oil and irreversible climate change.