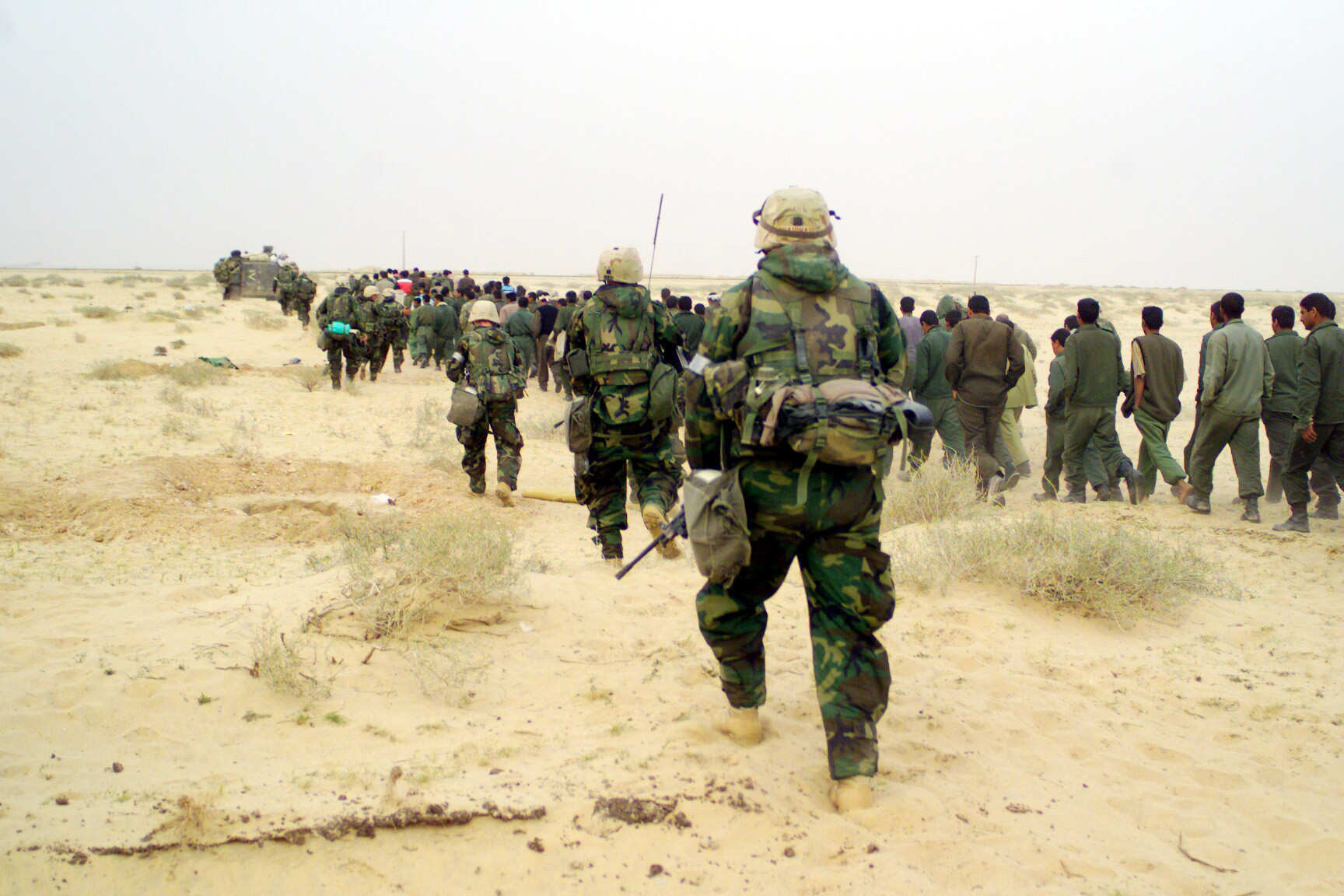 ‍This article is reposted from The Quincy Institute’s Responsible Statecraft publication, covering a panel organized by Security in Context and the Forum on Arms trade The original link to the article can be found here: https://responsiblestatecraft.org/2020/02/28/militarization-of-the-middle-east-began-long-before-the-us-invasion-of-iraq/ ‍

You can listen to Security in Context’s podcast of the full discussion here.

It can be difficult to make sense of U.S. Middle East policy in the 21st century. The volatile ebbs and flows of the day-to-day, the seemingly erratic nature of the U.S. approach, and the overlapping axis of conflict can be disorienting. But drawing out the trends and patterns that have defined U.S. Middle East strategy over the past two decades is essential to understanding why American engagement with the region has proved so dissatisfying.

A recent event hosted by The Forum on the Arms Trade and Security in Context sought to do just that. Widening the analytical aperture for a broader assessment of U.S. policy, experts offered insights on the American role in the region’s seemingly perennial state of violence and insecurity.

Though the commentary touched on a variety of issues, the conversation’s unifying thread was the overwhelming militarization and securitization of the region’s context. From both within and without, the Middle East has been seen through a military lens, where risks are consistently securitized and perceived to necessitate continually escalating levels of violence to address.

Even before the eruption of open warfare that began after the Iraq war, the steady stream of armaments to the region’s governments created what speaker Omar Dahi, Research Associate at the Political Economy Research Institute at UMass Amherst and Project Director of Security in Context, called a “securitized landscape” across the Middle East. Governments that had begun to transition away from social spending invested disproportionately in arms and defense, most of which were supplied by the United States. Liberalizing economic policies pushed simultaneously by the West had the effect of generating “alliances between the holders of wealth and the holders of power” in the Middle East, aggravating inequality and making governments increasingly dependent on force for power.

As noted by Jodi Vittori, U.S. Research and Policy Manager of Transparency International’s Defense and Security Program, arms sales to Middle East governments exacerbated tendencies toward predatory behaviors and gave regimes the means to sustain their systems of governance through coercion and violence. In effect, on the eve of the Iraq war, the region was awash in arms, mostly provided by the U.S., and ruled by predatory governments who presided over increasingly unequal societies. A combustible mixture, indeed.

Unsurprisingly, the ill-conceived U.S. invasion of Iraq sparked a series of regionalized conflicts that have defined U.S. engagement with the Middle East ever since. As described by Samer Abboud, Associate Professor of Global Interdisciplinary Studies at Villanova University, the Middle East has become a place that is constantly being “intervened upon by violent and non-violent actors” alike.

In this environment, the magnetism of violence is profound, and the manner in which it can warp threat perceptions or notions of identity have been on full display. For the United States, it has sparked a vicious cycle in which the default solution for security dilemmas is military in nature, creating new points of friction that entice conflict, and therefore eliciting yet additional military intervention. It is this cycle that Mr. Abboud suggests is contributing to the ever-expanding “geography of violence,” that characterizes the Middle East today as well as America’s expanding military footprint in the region.

As the old adage goes, when your only tool is a hammer, every problem looks like a nail. The same could be said for U.S. policy towards the Middle East. With such strenuous exercise of U.S. military muscle in the region since 2001, other means of U.S. engagement have atrophied. The development of a robust military presence in the region and the proliferation of U.S. forces to aid and coordinate the operations of sub-state armed groups has not been matched by commensurate political and diplomatic investments. As Mr. Abboud saw it, the message from Washington is clear — “politics is no longer on offer.”

The impact of this militarization has played out all too vividly in recent years. In an arc of crisis stretching from Damascus to Tehran, the American response has been predictably dependent on the threat or use of force. Whether it’s the rising number of flashpoints between U.S. troops in Syria and those allied with the Syrian government, the U.S. assassination of Iranian Gen. Qassim Soleimani in Baghdad, or the provision of munitions used by Saudi-led airstrikes that have killed thousands of civilians in Yemen, the U.S. engagement with the region is inseparable from the violence it is fueling.

Most damagingly, it has contributed to the militarization of intra-regional relations as well, where fears and ambitions of regional powers in response to these new and fluid realities are feeding conflict. Across the region, lines of conflict are intertwining real geopolitical competition with the co-option of identity politics, an especially noxious mixture in places like Syria and Iraq, where the “militarization of identity” has made violence especially intractable.

In this environment, the nuances of insecurity, the historical, socio-political, and economic dynamics that fuel local competition, and the etymology of conflict are easily forgotten. Unsurprisingly, the complex, overlapping patchwork of factors that are at the heart of violence in the region have been similarly neglected. The human cost of that neglect is, of course, incalculable, and borne most directly by the people of the Middle East, who have been subject of intersecting conflicts for nearly 20 years.

The re-orientation of U.S. policy in the region away from militarization is no small task. Whether it’s the arms industry, powerful voices from traditional schools of foreign policy thought, or the growing number of those that benefit from conflict economies, there are entrenched interests that won’t take challenges lightly. Nevertheless, across the panel was a unanimous sense that domestic political pressure was essential to achieve positive change. Opposition to conflict may be a latent truth among the American public but requires far greater animation to translate into political change. Mr. Dahi noted the importance of connecting U.S. defense policy to the opportunity costs it presents for the American people, particularly in terms of domestic priorities, while Ms. Vittori cited the need for campaign finance reform to re-balance incentive structures for lawmakers and politicians.

In any case, the driver of change is seen as coming from the bottom up – demanding greater attention from the public into how, as Mr. Dahi put it “the pursuit of security in the U.S.” can be “the source of insecurity.” The time has come for the U.S. to look for other tools to build its Middle East strategy.