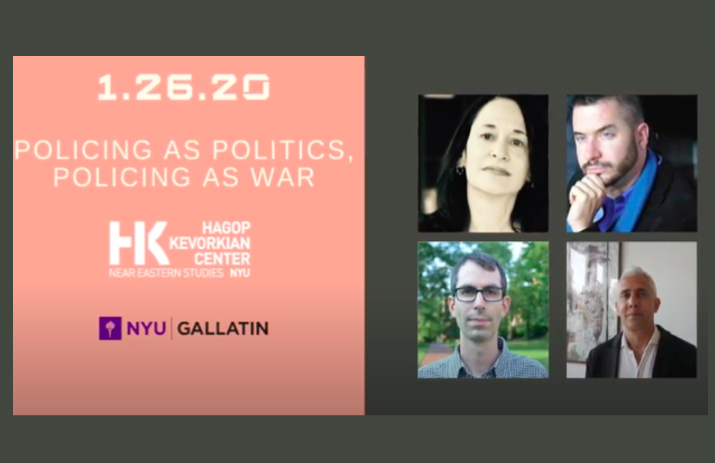 From NYU: Using the example of the 1925 French bombing of Damascus, Shrader discussed the entanglements between policing and the military, arguing that as an indeterminate and elastic form of coercive power that evades legal boundaries, policing has long been at the heart of the military project. Abu El-Haj addressed the location of the terms “police” and “military” in the liberal moral and political imaginary in the US, showing how the military has sidestepped critique, even on the left, by reframing violence as patriotic sacrifice, while the police has played a much more divisive political role. Amar de-centered the US perspective by discussing his work in Egypt and Brazil, arguing that activists have focused on disaggregating the monopoly on coercive power away from monolithic conceptions of the state to allow for multifarious openings for citizen engagement. Singh posed the question of what the panelists see as the trajectory of these discussions given the recent change in the US administration, as well as how the roles of military and the police can be repurposed and redirected. Our panelists also addressed abolitionist organizing and the need for redistribution and decriminalization, how an overemphasis on policing can reify repressive state power, and the overlaps between how various policing institutions in the US view themselves.