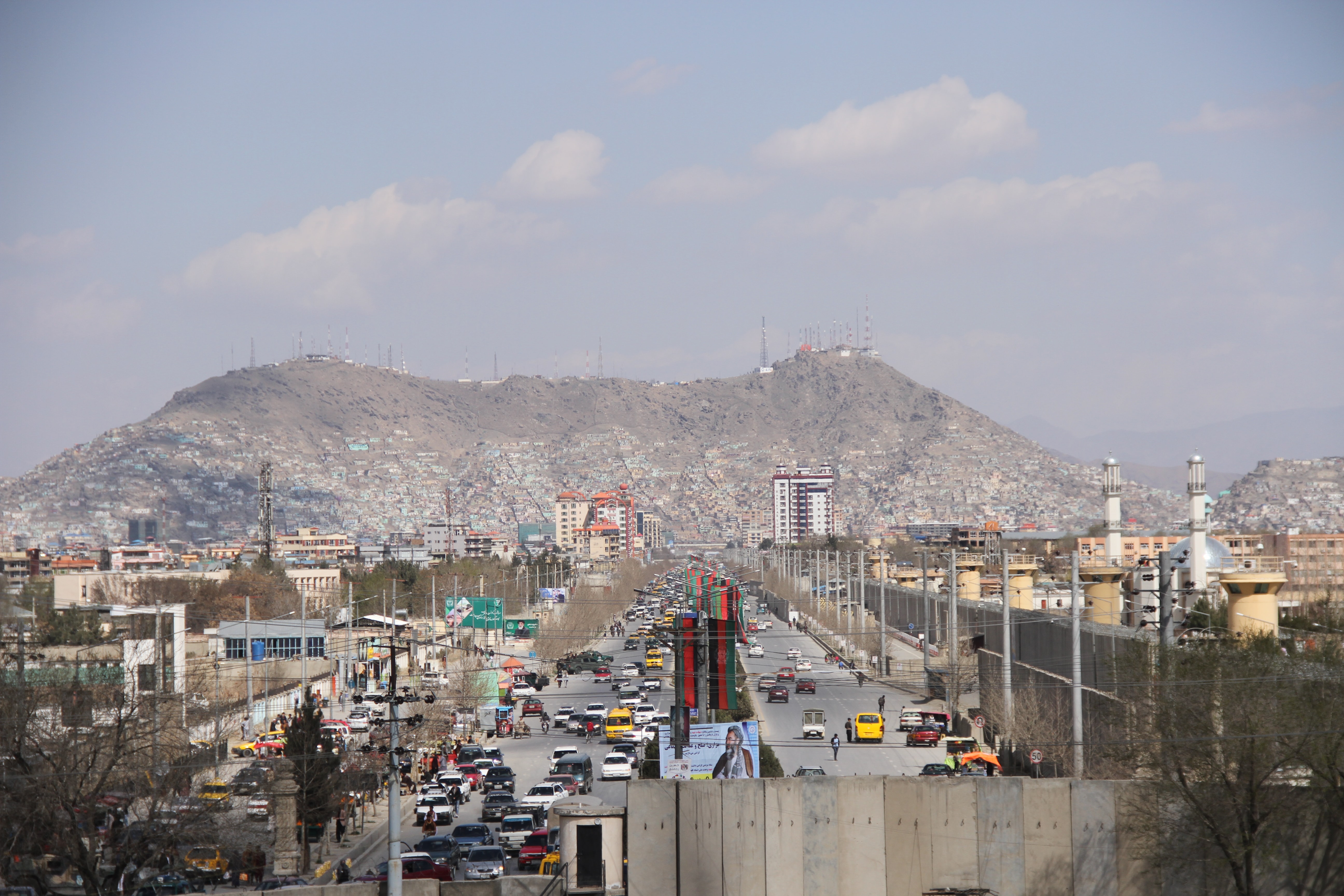 The following is an entry in the “Critical Texts on Security” Series as a part of Security in Context's pedagogy outputs. This series features short annotated entries on key topics covering politics, history, gender, political economy and culture. The list is meant to be a resource for educators and instructors as well as the interested public.

SiC invites readers to share past and new sources for inclusion in this Critical Texts list that do not already appear here. Please contact admin@securityincontext.com with the source citation and a brief note on why you think it should be added to the list.

This entry was compiled by Maria D’Aria with contributions from Samer Abboud, Anita Fuentes, James Boyce and other members of the Security in context network.

A common trope about Afghanistan is that it is a country in perpetual conflict that is: a ‘graveyard of empires.’ These readings collectively address questions of peace building that reject these tropes and instead focus on actual efforts on-the-ground and how they have failed or been successful in establishing a stable peace in Afghanistan.

Fisk was one of the few Western journalists who was present during the Soviet invasion of Afghanistan, its eventual withdrawal and then re-invasion by the US and others. These chapters offer a first-hand account of both wars as well as the earlier ones under the British Empire.

This book addresses the failure of the Western-led peacebuilding approaches in Afghanistan, and it urges a revision of the peacebuilding paradigm. The new approach looks at the local ownership of peacebuilding, suggesting a locally designed and led conflict transformation. Thiessen's work addresses ownership of local peacebuilding, in other words it tackles the balance of grassroots civil society involvement vs local corrupted elite.

This article offers reflections on what should be learned and unlearned about the role of aid in solving the Afghan crisis. Aid alone cannot lead to a successful peace process. Thus, foreign aid should be part of a wider peacebuilding strategy in order to be effective.

Experts from Carnegie’s global network assess the stark humanitarian toll, the regional ramifications, and the diplomatic challenges posed by the Taliban’s takeover of Afghanistan.

This report highlights how peacebuilding in Afghanistan is mediated by the regulation of local disputes on land and water, polarisation of ethnic groups, and family disputes. Although at a first glance this seems to be a minor issue in comparison with the resurgence of Taliban, local conflicts generate insecurity, and challenge the legitimacy of central government authority.

This article tackles the impact of the US withdrawal on Afghanistan’s neighbor countries. It highlights how the control of the border crossings by Taliban is used to reinforce their legitimacy and how neighboring countries are compelled to engage with the Taliban as the de-facto authority. Finally, the essay addresses the rival interests that Pakistan, India, China, as well as Turkey and Iran have over Afghanistan.

This piece inverses the common argument that Afghanis were not fit or capable of being democratic by arguing that the problem with nation-building in Afghanistan lay in deficiencies within American democracy. O’Toole locates this deficiency in the original lead-up to war, and highlights the near lack of debate, the concentration of power in the presidency to wage war, and the total lack of preparedness on the part of American planners as they embarked on the military intervention in Afghanistan. Without over-emphasizing post-9/11 hysteria, on post-9/11 hysteria, O’Toole shows how American planners simply failed to grasp the gravity of their commitment: in the absence of critique, debate, and deliberation, they were bound to fail in Afghanistan. Sadly, a generation of Afghans have suffered at the hands of American incompetence.

This article details how American spending patterns in Afghanistan under both the Bush and Obama administrations fostered and deepened corruption within Afghanistan. Based on an analysis of more than 400 interviews conducted by the Office of the Special Inspector General for Afghanistan Reconstruction for a “Lessons Learned” project, the author details how officials and policy makers concealed their lack of knowledge about events on-the-ground in Afghanistan through a commitment to unaccountable, unfettered spending that sought to pacify local Afghan allies. Instead, the billions of dollars wastefully distributed without oversight enriched local Afghan elites and fueled the wider population's resentment towards America’s role in incentivizing corruption.

Who won the war on terror? Stockman provides a provocative answer to the question by claiming that American defense contractors, along with European and American corporations, consultants, and a host of local Afghan beneficiaries, were the real winners of the war on terror because of the immense profits they accrued between 2002 and 2021. Remarkably, in this period only 12% of all U.S. reconstruction assistance actually went to the Afghan government. Approximately 40% of $106 billion worth of Pentagon contracts may have ended up with local warlords, criminal networks, and corrupt Afghan politicians.

Whitlock’s article provides further analysis of the Office of the Special Inspector General for Afghanistan Reconstruction’s Lessons Learned project and its findings on the extent and depth of how U.S. spending fostered corruption in Afghanistan. The American strategy of using cash bribes to make friends ultimately backfired as onetime allies quickly turned against the Afghan state and U.S. forces once cash payments ran out. The scale of American incompetence across different administrations was well known inside of Afghanistan, where local politicians exploited American incompetence to enrich themselves.

The US intervention in Afghanistan intertwines the war on terror and a moral justification that was built  on white feminism. Laura Bush was at the forefront to defend Afghan women and children from the brutality of the Taliban regime, flagging the danger that such a regime could spill over elsewhere. In turn, the US intervention was framed as a necessity to save women and children in Afghanistan. The series of books and articles in this section debunk such claims and expose the fallacies of this argument from different angles.

This book exposes how the US intervention in Afghanistan is a form of colonial feminism. Indeed, the justification of the US intervention was grounded in the moral crusade of saving Muslim women from their very own culture and religion, overshadowing the economic, historical, and political factors that affects women’s lives in the region.

This chapter exposes the disconnection between America’s feminist rhetoric during the War on Terror and the practice of American brutality in countries such as Afghanistan. Zakaria refers to the War on Terror as “the first feminist war” because, for the first time in history, white feminists took on the ‘unfeminist’ characteristics of violence and warfare to support the United States’ agenda. White feminism thus became complicit in the United States’ exercise of power over Afghan men and women.

The article addresses how the discourses around the need to rescue Muslim women were easily constructed due to the lack of knowledge around Islam, the region, and the history of Afghanistan, and considers the ways in which the US funded religious groups to fight against the Soviet Union.

The article highlights the danger of paternalistic western discourse in rescuing Afghan women and the ways that it deprives Afghan women of their subjectivity. Western women speak on behalf of their Afghan counterparts, reinforcing patriarchy.  Finally, these discourses overshadow how the US invasion has exposed Afghan women to a greater range of violence.

The article addresses how 20 years after the US invasion in 2001, many observers still reproduce the same discourse around the necessity of remaining in Afghanistan to save Afghan women from the misogyny of the new Taliban regime. This new rhetoric now revolves around the risk Afghan women face in losing their freedom brought and financed by the West.

Gopal’s article provides insight into how Afghanis, and Afghan women in particular, experienced the twenty years of American occupation, the Taliban’s slow reacquisition of control in the countryside, and their eventual takeover of the capital, Kabul. The different experiences, anxieties, fears, and worries of Afghan women inform this piece based on extensive field research in Afghanistan. Gopal is careful to show nuances in people’s views about both the Taliban and the U.S. withdrawal and criticizes U.S. narratives that the war contributed to liberating Afghan women.

Often climate change is considered a political issue when governments and the international community have to come together to prevent further damages to the planet’s ecosystems. In the Global South, climate change exacerbates food shortage, causing further economic hardship, which ultimately becomes the yardstick to measure the consensus of the local regime. The selected articles address the delicate relations between climate change and political instability in Afghanistan.

This article investigates the relations between climate change and forced migrations. It analyses how environmentally-induced migrations are the results of both slow and sudden onset events that create a vicious cycle between environmental hardship and migration in Afghanistan.

This article addresses how water and land scarcities caused by climate change increases community-level conflicts. While other crops do not survive the extreme weather, opium poppy is drought-resistant, and it fuels conflicts for the control of the land. In a situation where the Aghani population faces food insecurity, the Taliban seizes control of the country. The Taliban’s ability to manage food and water insecurity creates a challenge for the new regime to win popular consent.

Drawing from similar cases in Syria, Somalia and Mali, this article addresses the relations between climate change and conflicts. The costs of conflicts divert important economic and infrastructural resources that are crucial to addressing the consequences of extreme weather.

The podcast discusses how the Taliban funded themselves for the past 20 years in order to regain control of Afghanistan. It highlights the inability of the US and its NATO allies to build infrastructures, logistics, and capability to allow the local army and administration to perform efficiently. Finally, it predicts how the Taliban will use state resources and finances and suggests future diplomatic relations.

The podcast continues discussing the funding of the Taliban and what the US can still do in order to deal with the Taliban. The US recognized the threat of corruption in the failure of the Afghanistan intervention; however, the podcast highlights the inability of the US army to deal with rampant corruption, warlordism, and criminality in the Afghan government, as well as the inability to establish a robust banking system.

The podcast explains what ISIS-K is and their relations with the Taliban, highlighting the paradox in the US cooperating with the Taliban in order to face the threat of ISIS-K. The podcast also discusses how such relations affect neighbouring countries like Pakistan, Russia and China. Finally, it offers a fresh insight on interpreting terrorist groups through a political economy lens.

This discussion gives an in-depth analysis of the historical factors that contributed to the collapse of the Afghan government and considers the surrender of security forces, the origins of the Doha Accord, and how each led to the current situation in Afghanistan. Finally, it reflects on the growing role of the regional powers.

After grounding the discussion in the recent past of the country, the article addresses the complexity of Afghan society, and how the US intervention had a mixed effect on its different layers. It draws similarities and differences between the Taliban and ISIS-K and explains how the US invasion failed to eradicate AlQaeda, while considering future counter-terrorism strategies. Finally, the discussion reflects on American public opinion about the withdrawal from Afghanistan.